In addition to video, the camera is capable shooting up to 12MP still photos using JPEG or non-proprietary DNG RAW format. The three axes of the gimbal give you pan and tilt control, and keep the horizon line level even as the aircraft banks. Different gimbal settings allow the camera to lock onto a fixed subject, be moved manually using transmitter rotaries or the app, or to simply provide camera stabilization.

The burden of processing and analyzing flight data in real time it taken up by the Main Controller, the brains of the computerized flight control system. It collects data from the entire system, including motor speed, GPS location, your command inputs, and data from automatic sensors, and analyzes it all to tell your Phantom 3 exactly how to behave at any given moment

The burden of processing and analyzing flight data in real time it taken up by the Main Controller, the brains of the computerized flight control system.

Up to 4K Video and 12MP Stills

The included camera system features video recording at up to 4K30 (4096 x 2160) in H.264 and also takes JPEG and DNG RAW photos at 12MP. The camera mounts via an integrated 3-axis gimbal that provides stabilization as well as pan and tilt control. Media is recorded internally to a microSD card

The camera features a 94° angle-of-view lens, which is a narrower angle than a fisheye for less distortion while still being wide enough to enable capturing establishing shots. The lens features an f/2.8 aperture and is comprised of 9 elements, including an aspherical element

The gimbal provides stability by counteracting unwanted motion such as wind buffeting or vibration and also keeps the horizon level even as the quadcopter banks. Control dials on the transmitter (radio controller) allow you to manually pan and tilt the camera 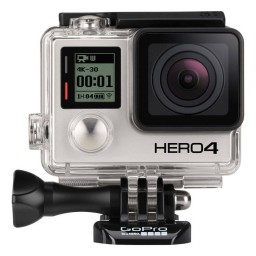 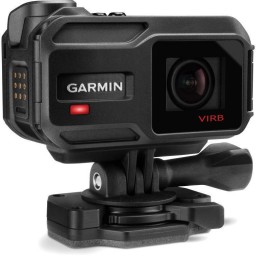 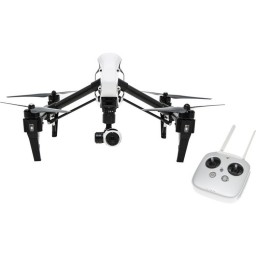 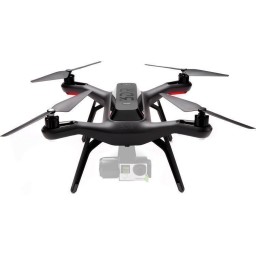 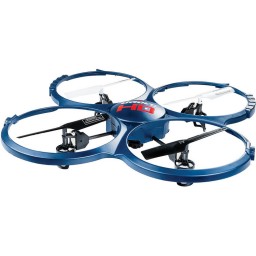 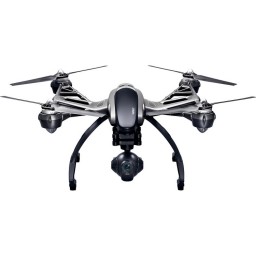 Will be buying more soon